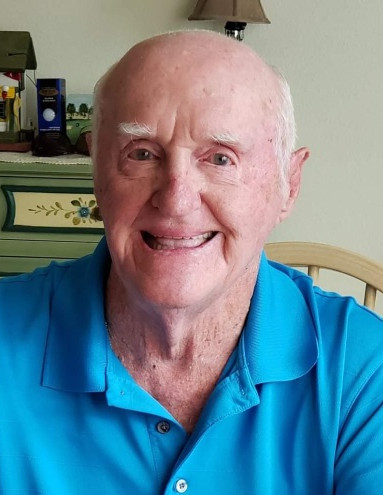 William R. McGuckin, 90, of Inverness, FL., previously from Philadelphia, passed away on September 18, 2022. He was born on August 12, 1932, in Philadelphia, PA to the late John and Kathleen McGuckin.

Bill was a veteran of the US Army and served during the Korean War.  He worked as a manager for the US Postal Service.  He was catholic by faith and a member of Our Lady of Fatima Catholic Church.

During the years of 1955 - 1960, he played minor league baseball for the New York Yankees and Philadelphia Phillies.  Bill also officiated football, baseball, and basketball games for Philadelphia High School and semi pro leagues.

He was preceded in death by his parents and siblings, Kathleen, Claire, Thomas, James and his twin brother, Jack.

A Funeral Mass will be held at 10:00 AM on Tuesday, September 27, 2022 at Our Lady of Fatima Church in Inverness.  Interment will be at Florida National Cemetery in Bushnell, FL.

To order memorial trees or send flowers to the family in memory of William McGuckin, please visit our flower store.