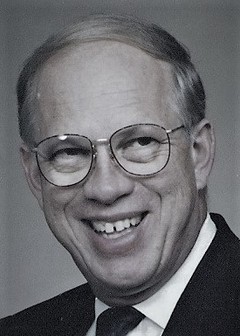 The Reverend George M. Meslow , 76, of Hernando died on August 23, 2017 at Arbor Trail Rehab in Inverness, FL.  George was born on June 26, 1941 in Waukegan, IL, son of Edwin and Myrna Meslow.  He graduated in 1963 from Hamilton College and in 1967 from the Lutheran School of Theology at  Chicago and received his second Master’s Degree in Theology from Yale.  The Reverend Meslow was the pastor of several churches throughout the years: Prince of Peace Lutheran in Old Tappan, NJ (1969-75), St. Paul’s in Wethersfield, CT (1975-79), and Redeemer Lutheran Church in Vineland, NJ (1979-89).  He also served as the Vice President of the Lutheran Home in Germantown, Philiadelphia, PA (1989-90) and was President of Martin Luther Home Society in Lincoln, NE (1990-2004).  After moving to Florida, he served as an interim pastor throughout Citrus Co. and central Florida.  He was the past president of Outdoor Ministries in NJ and served 10 years on the Board of the Lutheran School of Theology at Chicago.  George was a member of Hope Lutheran Church in Citrus Springs, FL.  The family is most thankful for their wonderful friends in Citrus County.

The Reverend Meslow is survived by his wife of 50 years, Sandra Meslow of Hernando, FL; two children, Andrew Meslow and wife Allison of Columbus, OH, and Elise Meslow Ryan and husband Reade of Brooklyn, NY; brother, Dr. E. Charles Meslow and wife Rayola of Corvallis, OR; and four grandchildren, John E. (Jack) Meslow and Katherine Meslow, both of Columbus, OH, and Theodore (Teddy) Ryan and George Ryan both of Brooklyn, NY.

To order memorial trees or send flowers to the family in memory of The Reverend Meslow, please visit our flower store.