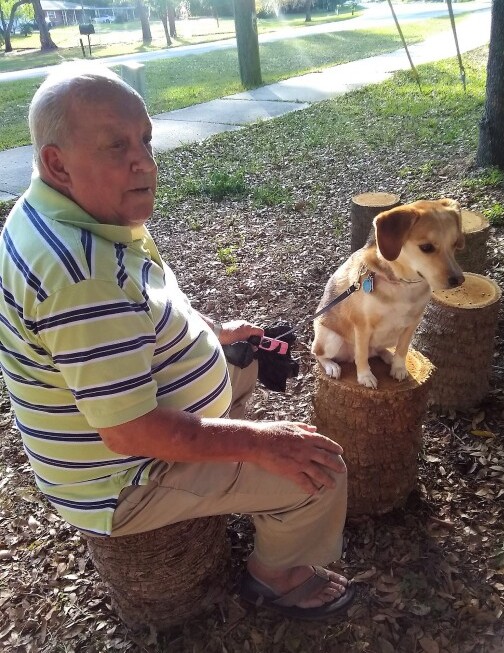 Steven Gerald Johnson, 73, of Inverness, Florida, passed away suddenly on August 21, 2020, native to the Chicago suburb of Elmhurst, IL where he was born on September 15, 1946.

A humble veteran of Vietnam, whose love for animals, especially his pal, his dog Molly, surpassed all humanity.  Steve was a contractor and in construction for most of his working life.  After relocating to Florida a little over five years ago, Steve enjoyed dinners out with friends and dancing.  Everyone in his neighborhood was very fond of him telling his “stories” and jokes. With a dry wit and a twinkle in his eye, he’d always deliver his punchlines; with…. “See? I made you smile.”

Mr. Johnson’s favorite time of the year was Christmas, as he played the perfect Santa Claus at 5’8” with no padding needed.  But his gift to himself was watching the faces of the underprivileged children in Citrus County as he walked in as the Big Red Elf.

No formal arrangements have been made at this time, burial will be private.  Memorial donations can be made to Surviving Veterans of Vietnam or your local animal rescue league.

To order memorial trees or send flowers to the family in memory of Steven Johnson, please visit our flower store.