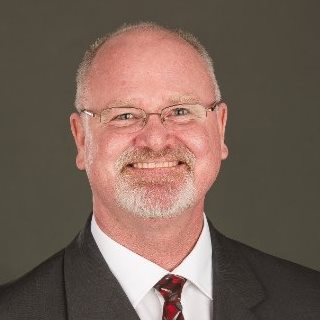 Shawn Charles Loreth, 52, of Beverly Hills, Florida, was called to his Heavenly Home on August 28, 2019 at Vitas Hospice surrounded by his loving family and friends. He was born on May 1, 1967 in Ojai, California, son of Jerome and Deanna Loreth.

Shawn was baptized and confirmed in the Lutheran Church Missouri Synod. As a young man he was taught to sing by his mother and discovered he was blessed with a God given talent for music that brought joy to many who heard him. He was baptized again as an adult with his wife Dawnyell in Rainbow Springs River on his birthday May 1st 2017 with his home church Harvest in Citrus Springs, Florida. At seven years old his family left California and moved to Devils Lake, ND where he graduated High School in 1985. During his time in High School, he was a multi-sport athlete and was members of his High School choir and band. During his junior year in High School, he enlisted in the National Guard. He served in the US Army National Guard for 13 years playing tuba as a member of the 188th North Dakota Honor Band. Following High School, he attended Valley City State University on a full ride music scholarship for three years. While there he performed in many productions including The Kings Court and soloing in Handel’s Messiah.

In 1990 Shawn moved to Minneapolis, Minnesota where he met and married Michelle Staub in July, 1996. They made their home in Florida and were blessed with two sons; Caden and Tristan. He remarried on March 17th 2017 to Dawnyell Loreth and together purchased Shawn Loreth Allstate in Wildwood Florida and worked together.

Shawn, like his parents, had a knack for sales. He successfully sold autos, and then became a financial advisor working for A.G. Edwards. He found his niche in the food industry working for Sysco Foods and then Cheney Bros. In 2017, Shawn purchased an Allstate Insurance agency in Wildwood, FL. Shawn was a member of Harvest Church in Citrus Springs, FL., and The Citrus County American Legion. He enjoyed watching and coaching his sons play various sports, singing at church, with his praise band and at karaoke and playing golf in his spare time. Shawn will be remembered for his huge smile, his big hugs, his generosity, and his life-long friendship.

Shawn’s family will receive friends from 10:00 am to the hour of service on Saturday, September 7, 2019 at Heinz Funeral Home & Cremation, 2507 Highway 44 West, Inverness, FL. A Celebration of Life will begin at 11:00 am with Pastors Brain and Angela Weigner officiating. Military Honors will be provided.

To order memorial trees or send flowers to the family in memory of Shawn Loreth, please visit our flower store.