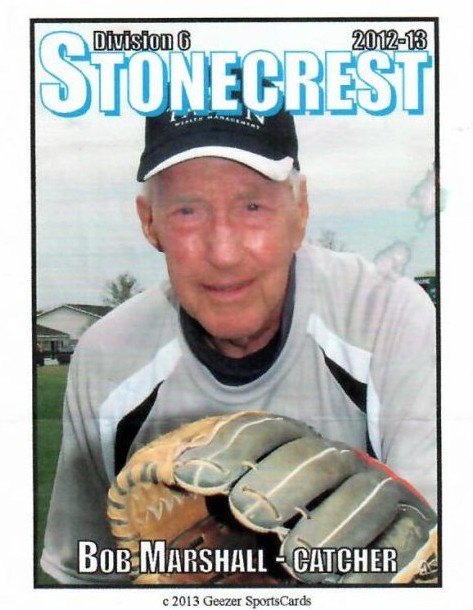 Robert W. “Bob” Marshall, a resident of Summerfield, FL, formerly of Alliance, OH, passed away peacefully at home on December 13, 2019 at the age of 92 years. He was born on January 1, 1927, the son of Ward and Catharine Marshall.

Bob was a World War II veteran and an avid sports fan and athlete.  He played semi-professional baseball after his time in the army.  He worked as a professional salesman until his retirement.

He played softball and tennis several times a week until he was in his late 80’s.  Bob was outgoing, kind, and had a wonderful sense of humor.  He loved crossword puzzles and word games in his later years.

He had a quick wit and ready smile.  Bob never met a stranger. He will be greatly missed by his family and friends.

Services will be held at 11:30 AM, Saturday, January 4, 2020 at the Village View Community Church in Summerfield.

To order memorial trees or send flowers to the family in memory of Robert "Bob" Marshall, please visit our flower store.