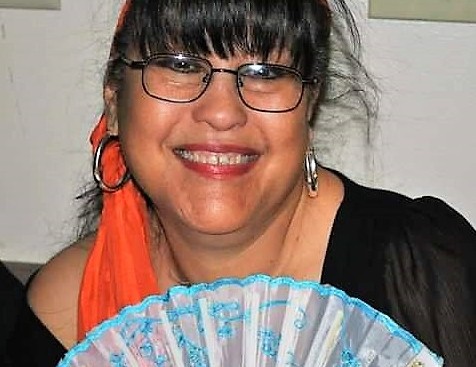 Reyna Lucia Bell, 69, of Orlando, FL, passed away on June 17, 2021. She was born on January 7, 1952 in Nice, France. She is preceded in death by both her parents, her beloved husband of 17 years, Donald Warren Bell and her brother, Javier. Survivors include her son, Jacob Wilds (Claudine); daughter, Leyta Wilds; 3 sisters, Olivia Gillespie; Dalia V. Fernelius (Mike); and Blanca; and her grandson, Aiden.

Reyna was an Registered Nurse and she was a 2nd Lt. and Generals aide in the Marine Corps, she was also Regional (VP) for Bowing International for the Military after service in the Marine Corps for Military surplus etc. War Planes.  She was a member of the Kiwanas, the Rotary, the Filipino Club and the Spanish American Club. She was a lifetime Ambassador for 5 different Chambers of Commerce including Citrus.  She was involved in Habitat for Humanities, and was the founder of the Hydrocephalus Fundraiser. She also served as VP at Divine Mercy in Crystal River.

A Graveside Service will held at Florida National Cemetery in Bushnell, on Friday, August 20, 2021 at 2:00 PM.

To order memorial trees or send flowers to the family in memory of Reyna Bell, please visit our flower store.