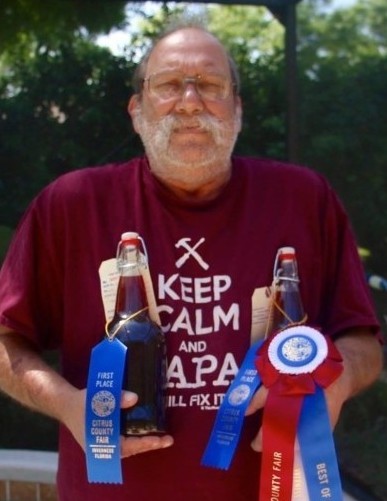 Michael L. Greer, 61, of Inverness, Florida passed away after a lengthy illness on May 30, 2020. He was born on April 24, 1959 in Indianapolis, IN, while his Mother was on vacation. He resided in Kingsport, TN and moved to Sarasota, FL in 1971, where he lived with his Mother and siblings. He moved to Inverness, FL with his wife and children in 1996. He served in the Army National Guard in Sarasota, FL. He worked in Construction and later as an Automotive Technician.

He was a member of Seven Rivers Church in Lecanto, where he was baptized on November 30, 2019. He enjoyed fishing and sharing this with his children and grandchildren. He enjoyed collecting guns with an interest in WWII rifles. He enjoyed brewing beer and loved sharing this hobby with friends and family.

He was preceded in death by his parents Willard Kyle Greer of Kingsport, TN and Una V. Pearl Hilton of Sarasota, FL. He is survived by his wife of 37 years, Deborah M. Greer; two daughters, Stefanie Glover and husband Paul, Kimber Mullins and husband Josh both of Inverness, FL; Sister Rhonda Newsome of Clarksville, FL; a brother, Steven Greer of Linden, TX; Four grandchildren, Fallon Glover, Ryan Glover, Justin Greer and Cassidy Mullins all of Inverness, FL and multiple nieces and nephews.

A Memorial Service for Mr. Greer will be held at 10:00 AM Saturday, June 6, 2020 at Heinz Funeral Home in Inverness. A reception is to follow at the Greer’s family residence.

To order memorial trees or send flowers to the family in memory of Michael Greer, please visit our flower store.