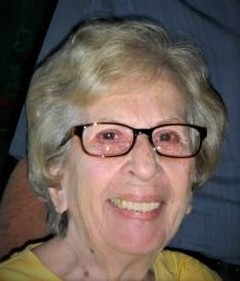 Martha (Noble-Rivera) DeFalco , 95, died on August 21, 2017 at Hospice of Citrus and the Nature Coast in Lecanto, FL.  Martha was born on May 12, 1922 in Puerta de Tierra, Puerto Rico, daughter of Antonio and Basilisa Noble.  She was a teacher’s assistant for the New York City Public School System.  Martha moved to Citrus Springs in 2008. She was a member of Our Lady of Fatima Catholic Church.

To order memorial trees or send flowers to the family in memory of Martha DeFalco, please visit our flower store.