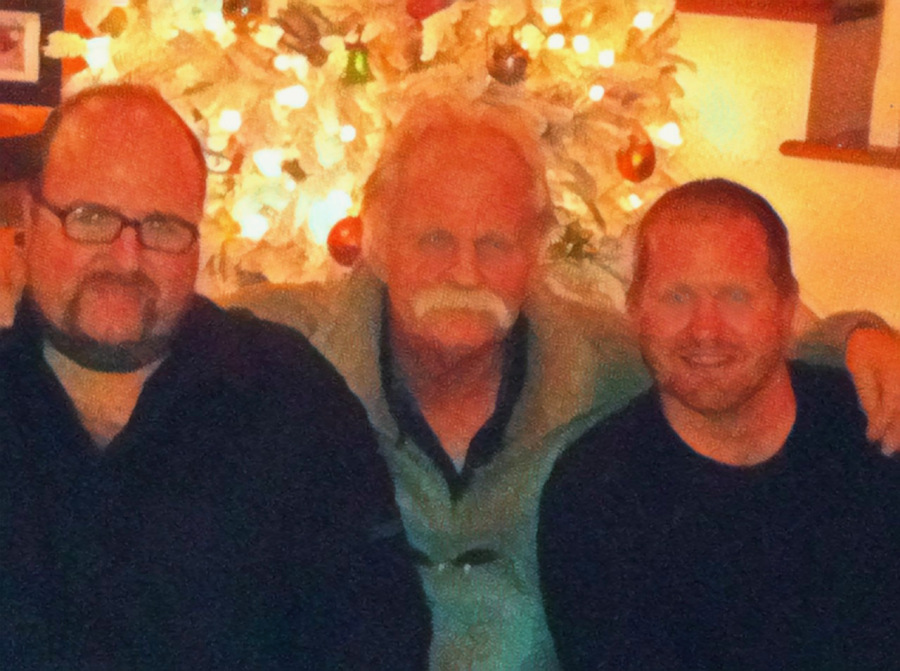 Larry Lund was 72 when he lost his battle with Parkinson’s on March 6th, 2022 in Crystal River, FL. He was born in Meridian, Mississippi on May 2nd, 1949, the son of Henry and Virginia (Worthen) Lund, who preceded him in death.
He is survived by sons, Zachary Eliot Lund (Laura) and Pehr Ian Lund, and grandson, Caleb Ian Lund.
Larry was a crafter of life. The earliest memories we have of him are as a larger than life man full of energy and enthusiasm. When we were children, he taught us how to climb mountains. “In the difficult spots you have to commit, there is no halfway,” he would say. He explained that we needed to live in a space of excellence committing to every move with the fierceness of a lion. He showed us how to survive in the woods with nothing but a bag, a knife, some matches, a tarp and a Zero bar. We took long hikes to glacial lakes where we would fish for hours and not catch a thing. He would look at us and say, “By the way, there aren't any fish in this lake.” Why did he take us? Well, to learn that it's more important to think, live and spend time with people than to walk away with a stringer full of fish. He never dreamt small. Always talking about amazing inventions we could come up with. Nothing was impossible to him. That's how he wanted us to feel, like nothing could stop us.
This renaissance man was a tremendous cook and would consume culinary magazines and books. He wouldn't have called himself a naturalist, but he was more than a casual lover of nature. Although he might not have landed on a specific religion, he was a student of many. As he battled his illness later in life you could see it eating away at him. It took his agility, his coordination and much of his strength. But, even at the last meal we shared with him at a seaside restaurant, he kept his sense of humor and tried to smile. Until the end, he wanted us to feel comforted. We’ll miss our dad!
Larry was a skilled and committed surgical and cardiac intensive care nurse. He served at Cape Cod Hospital in Hyannis, Massachusetts, Hahnemann University Hospital in Philadelphia, Pennsylvania, University Hospital in Denver, Colorado and Citrus Memorial in Inverness, Florida. He loved being a nurse. Often he would come home exhausted and tell us stories of the people he was caring for. He loved the interaction, the science and the human connection he felt with his patients. His compassion for his patients was felt deeply. He directly impacted thousands of lives over the many years and very tenderly comforted people as they themselves drew their last breaths. He took his work seriously, yet while he was serious, he always enjoyed it.
Larry settled in Dunnellon, Florida, where he and his former wife Pam had a farm with horses. His other significant homes included years on Cape Cod, Philadelphia and Denver. At the end, he was in the care of Crystal River Health and Rehab where he was considered a part of the team. The family would like to extend heartfelt thanks to the staff for their care. Larry’s life was enriched by their support and kindness.
His ashes will be spread in numerous locations but most specifically in the Ganges River in India to help in his journey to the next life, as per his wishes.
In Lieu of flowers:
https://www.nami.org/About-NAMI/Donate-to-NAMI#:~:text=For%20more%20information%20about%20donating,999%2DNAMI%20(6264).
The family will hold a private ceremony commemorating his life.

To order memorial trees or send flowers to the family in memory of Larry Lund, please visit our flower store.