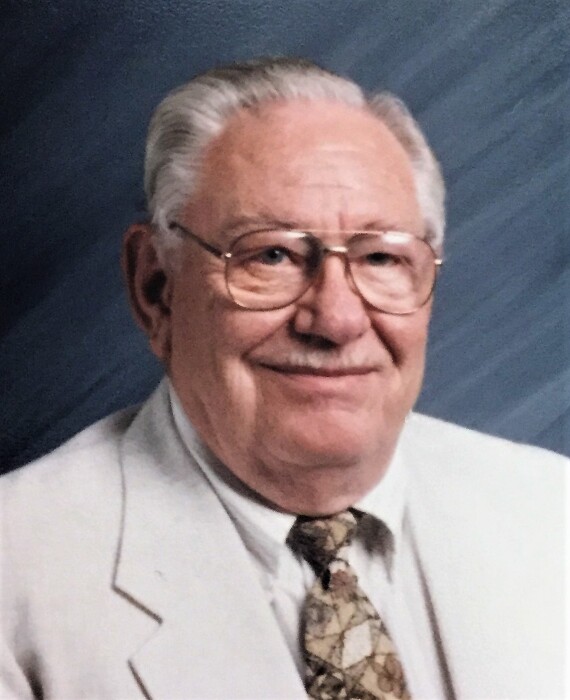 He was predeceased by his beloved mother Lydia (Stock) Shellenberger and stepfather Eugene Shellenberger. Ken spent most of his childhood in Missouri before moving to York, PA where he graduated from high school. He enlisted in the US Navy in 1948. He was stationed at the Naval Submarine Base New London where he worked in the electrical repair shop.

While stationed there, Ken met the love of his life Rose Tranchida in February 1951.  After a short courtship, they were married in New London, Connecticut in November 1951. Rose survives Ken.  In June of 1952, Ken was honorably discharged from the Navy.  Rose and Ken moved to York, PA shortly thereafter where he worked for General Electric until 1955. Upon their returned to New London, Ken worked for General Dynamic, Electric Boat Division as an electrical technician. He retired from the company in 1993 with 38 years of service.

In New London, together, they raised their 4 children. Ken was active in the Boy Scouts with his sons as well as many activities with his children. Rose and Ken moved to Beverly Hills, Florida in 1995, where they enjoyed their 25 years of retirement which included a trip to Italy, and many cruises.

Ken was a member of the Elks and Inverness Lodge #2522, the Masonic Lodge No. 398, and Good Shepherd Lutheran Church.

The family would like to express a special thank you to his care givers at Diamond Ridge Health and Rehab Center.

Memorial Service will be held on Tuesday August 25, 2020 at 11:00 AM at Heinz Funeral Home in Inverness.

In lieu of flowers, donations in memory of Kenneth Drennen may be sent to Shriners Hospital for Children, Processing Center, PO BOX 863765 Orlando, FL  32886 or on-line at www.lovetotherescue.org.

To order memorial trees or send flowers to the family in memory of Kenneth Drennen, please visit our flower store.