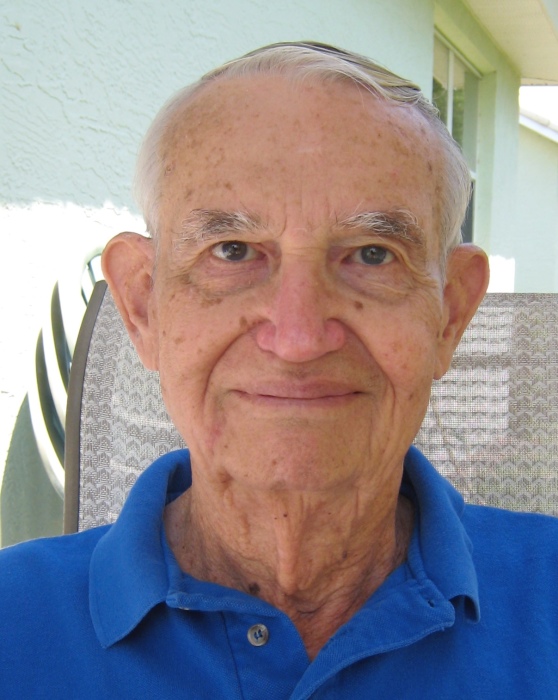 Born in Denver, Colorado, KJ moved to Clearwater, Florida in 1940. During WWII, KJ was a bicycle messenger for the Civil Defense Force. After High School, he enlisted in the Army AirCorp (later USAF) and served honorably for 3 years during the Korean War. Truly a ‘cold warrior’, he earned a Realm of the Arctic Circle certificate.Following his military service KJ returned to Florida, working on the Eastern Test Range in support of NACA (later NASA). His career took him to various sites from the Caribbean to Cape Canaveral. KJ served in many roles supporting the Mercury, Gemini and Apollo programs. In 1974, KJ followed his passion for the environment and spent 4 years with the Florida Department of Environmental Regulation. Returning to aerospace, he then culminated his career as a Director overseeing aerospace contracts at Tyndall and Eglin Air Force Bases. After retirement, KJ again focused on Florida’s natural environment, working at NOAA Fisheries Lab and volunteering for St. Andrew Bay Resource Management Association. He volunteered for Citrus County Friends of the Library, repairing donated books. KJ pursued many hobbies and interests including sailing, watercolor painting, clock repair, wood working, and marine biology.A member of the Christian Church since 1957, KJ became a popular interim minister. He was ordained in 1975 and ministered to churches in Florida, Georgia and Alabama.While President of the Tri-State Christian Fellowship, KJ helped found their church camp.Friends and family kindly remember KJ for his gentle humor, sharp mind, and compassionate heart.

Services will be held at the First Christian Church of Inverness on Thursday, September 6th at 2 pm. In lieu of flowers, the family requests donations to the Hospice of Citrus and the Nature Coast.

To order memorial trees or send flowers to the family in memory of Karl Starzinger, please visit our flower store.