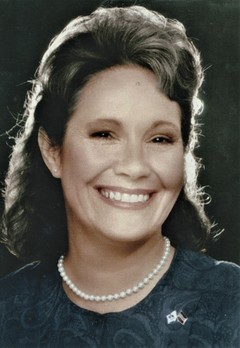 Karen Sue Skrapits, 73, of Inverness, FL died on Saturday, December 9, 2017 at Citrus Memorial Hospital in Inverness, FL.  Karen was born July 15, 1944 in Washington, DC, daughter of John and Frances Penrod.  She was a Licensed Practical Nurse and the director of the Assisted Living at the Plaza in Bonita Springs.  She was the religious education director at St. Leo in Bonita Springs.  Karen moved to Inverness in 2004 from Bonita Springs, FL. She was a member of our Lady of Fatima Catholic Church,  member of the Catholic Women's Club, Co-leader of Our Lady of Fatima Respect Life Committee and treasurer, completed the St. Petersburg Diocese Lay Pastoral Ministry Institute Program, volunteered at Helping Hands, served on the Parish Council, and was a CCD instructor.  She also taught Confirmation classes at St. Leo the Great in Bonita Spring, FL. She also volunteered at the Pregnancy and Family Life Center, was a Lector and a member of the Lazarus Committee, led the Rosary at the courthouse for the Rosary Rally May 14, 2017, was a board member of Citrus County Right to Life, nurse for Bike/walk for Human Life event, helped support the Pregnancy Center, Signature Ad. Life Chain. Citrus Right to Life booth at the Fair, led prayer vigil for the executions for those on death row, for the victims and families, also prayer vigils to end the use of the death penalty.  She led the National Night of Prayer on Dec 8 at Our Lady of Fatima, helped with baby bottle drive, soup suppers, spiritual adoption, as well as youth pro-life poster contest and youth pro-life essay contest and youth car wash, took youth to the March For Life in St Augustine, Roe v. Wade prayer vigil at tombstone at Our Lady of Fatima and courthouse on Jan 22 every year, and a member of Daughters of the American Revolution. She was a full member of the Aaron A. Weaver Chapter 776 Military Order of the Purple Heart.  She also volunteered at the Election Polls.  She was a licensed realtor in the state of Virginia.

To order memorial trees or send flowers to the family in memory of Karen Skrapits, please visit our flower store.