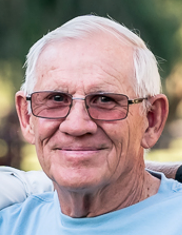 John Emmett Kilduff, 76 years old, Homosassa, FL passed away peacefully at his home on Tuesday, March 29th. Born in Manhattan, NY on November 8, 1945 to Edward and Francis Kilduff. His family relocated to Wallkill, NY to open a Coffee Shop. He was a graduate of Wallkill Central High School, class of 1963. John enlisted in the United States Navy and trained to be part of the Seabees. He served two tours in Vietnam and returned home to marry his wife of 54 years, Carolyn (Mentz) Kilduff. He started a career with the Department of Justice- Federal Bureau Prisons and the job led his family to many moves throughout the United States, settling in Cumberland, Maryland where he retired from the BOP. After retirement he and his wife relocated to Citrus County Florida where he quickly realized retirement wasn’t for him and accepted a position at the Citrus County Board of Education. After his second retirement he turned to his favorite hobby of golf and worked as a Ranger at World of Woods Golf Course. When not at the golf course, which wasn’t very often, he enjoyed spending time with his family.

He was preceded in death by his parents Edward and Francis Kilduff, and his brother Edward Kilduff. He is survived by his wife Carolyn, daughter Abby (Jason) Runk of Hernando, FL, sons Todd Kilduff of Glen Allen, VA, and Brian (Rebecca) Kilduff of New Market, MD. He had 5 grandchildren Austin and Gavin Runk, Bodi Kilduff, and Lila and Juliet Kilduff. He is also survived by his two brothers Michael (Carol) Kilduff and Kevin (Kathy) Kilduff and several nieces and nephews.

John will be interred at Florida National Cemetery in Bushnell with a private service for family this summer. A Celebration of Life for friends to gather will be held in June. In lieu of flowers the family is asking for donations to be sent to the Citrus County Education Foundation, PO Box 2004 Inverness FL 34451. This foundation supports trades which was something John was passionate about.

To order memorial trees or send flowers to the family in memory of John Kilduff, please visit our flower store.