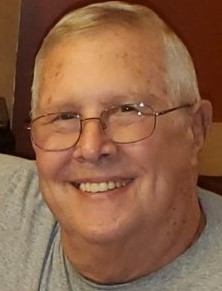 On Friday, September 25, 2020, Jeff Shields, loyal husband and stepfather of one daughter, passed away from lung cancer at the age of 76.

Jeff was born on September 10, 1944 in New York, New York to Hiram and Catherine (Bloomfield) Shields.

He received his Bachelor's Degree from the University of Miami in Florida. He spent most of his career as a purchasing agent. On July 4, 1992, he married Renee Reich. They raised one daughter, Erika.

Jeff had a passion for reading and volunteer work. He also served in the Army for three years. Besides that, he became an officer for the Marine Patrol Auxiliary. Further, he became a captain for the Florida Fish and Wildlife Commission. He was the President of the hospital volunteers at Citrus Memorial Hospital where he was for at least 10 years.

He suffered from Crohn's disease for most of his life and handled it like a warrior. He was known for his optimism.

Jeff was preceded in death by his late wife, Tina Scata.

He is survived by his wife Renee, his stepdaughter, Erika, and his grandsons, Cade and Kylan.

In lieu of flowers, donation may be sent to www.lung.org or www.crohncolitisfoundation.org.

To order memorial trees or send flowers to the family in memory of Jeffrey Shields, please visit our flower store.