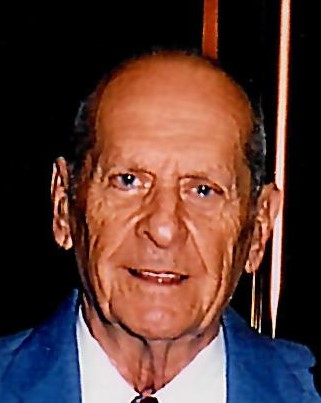 Gerald J. Corcoran passed away at The Grove Rehabilitation Center in Hernando, Florida on September 14, 2018, at the age of 91. He was born in Flushing Queens, NY on April 9, 1927, the son of Patrick Corcoran and Rujena Drozed Corcoran. Gerald is survived by his wife, of 58 years, Anne (DaSilva) Corcoran, daughters; Roseanne Koveleski and her husband Roy and Kathleen Scales and her husband Simon. He is also survived by his four grandsons; David and Daniel Koveleski and Patrick and Michael Scales, as well as several nieces and nephews, and extended family and friends.

Gerald attended Newtown High School in Elmhurst, Queens. He was a World War II Veteran, serving with the 8th and the 15th Army Air Corps. He then served in Fairbanks, Alaska, during the Cold War Era. He was a member of the Air Force Reserves, until 1964. Gerald graduated from Manhattan College with a degree in Civil Engineering and worked for Perk and Elmer. He later moved to Sandy Hook, where he raised his family, before retiring from Pitney Bowes and moving to Hernando, FL. Gerald was an active member of The American Institute of Plant Engineers, The Mason’s Hiram Lodge #18, The VFW, and the Moose Lodge. He also volunteered at the Citrus County Sheriff’s Office, Youth Court, the Citizen’s Academy, and was a Florida Governor appointee to the Florida Local Advocacy Council.

Graveside Services, with Military Honors, will be held Thursday, September 20, 2018 at 10:00 a.m. at the Florida National Cemetery in Bushnell, FL. Those wishing to attend the graveside services may join the family, at 9:00 a.m., at The Heinz Funeral Home in Inverness, FL, for the processional to the National Cemetery.

To order memorial trees or send flowers to the family in memory of Gerald Corcoran, please visit our flower store.