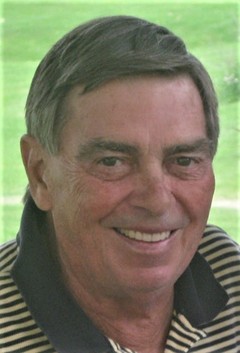 George A. Lowell, 79, passed peacefully on January 10, 2018, surrounded by loved ones, at his home in Inverness, Florida.  George will be dearly missed by many.  Throughout the many chapters of his life, he always brought a unique combination of humor, humility, irrepressible optimism, and a natural ability to lead by example.  George was born in Denver, Colorado on April 10, 1938 to Roy Lowell and Helen (Kloverstrom) Lowell.  He was raised in Denver and graduated from East High School in Denver in 1956, where he was an Eagle Scout and began pursuit of two of his lifelong passions, tennis and fly fishing.  George graduated from Princeton University in 1960 with a BS Civil Engineering degree.  After graduation, he served in the National Guard and was honorably discharged in 1961.  George started his career in Pittsburgh, Pennsylvania for Jones & Laughlin Steel Corp in the finance department.  After earning his MBA from the University of Pittsburgh, he held  a variety of financial and executive positions with Easco Hand Tools in Baltimore, Maryland and eventually in Springfield, Massachusetts, where he and his family resided in Longmeadow, Massachusetts.  In 1984, George purchased and was president of Jay-Lee foods and later was controller of George Spencer Foods Company.  Before retiring in 1999, George was President of American Electric Cable in Holyoke, Massachusetts.  George was also on the Board of the Baystate Medical Center.  After retirement, George relocated to Citrus Hills, Florida where he filled his time with travel, golf and volunteering.  He was a proud member of the Citrus Hills BGA (Bad Golfers Association) and served on their charitable committee.  He played weekly with the Citrus Hills Men’s golf league where he served as Treasurer for 6 years.  He volunteered with the “Friends of Citrus County Library”, was Vice President and President of the Cambridge Greens Property Owners Association, a member of the Citrus Hills Choir, and was a local interviewer for Princeton University prospective students.

A Celebration of Life service will be held at 2:00 pm on Thursday, January 18, 2018, at the Heinz Funeral Home, Inverness.  In lieu of flowers, donations can be made to Hospice of Citrus County, hospiceofcitrus.org.   Heinzfh.com

To order memorial trees or send flowers to the family in memory of George Lowell, please visit our flower store.