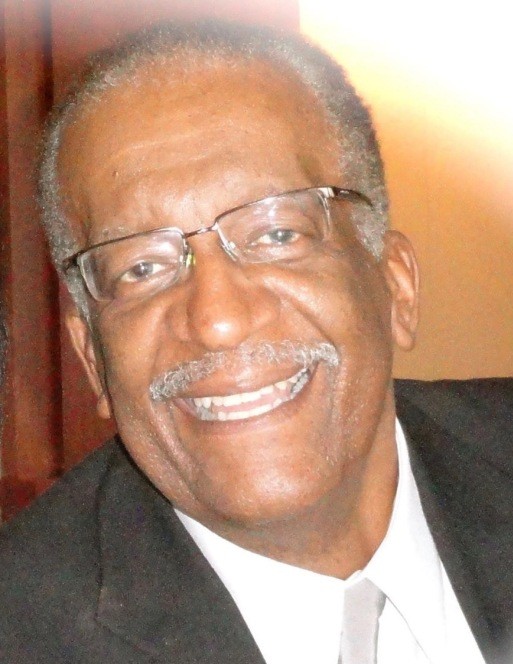 On July 16, 1941, Ernest Melvin Thomas was born as the second child to Ella and Earl Thomas, Sr., in Deanwood, Washington D.C. He grew up with his siblings, Earl Thomas, Jr. (deceased), Andrew Thomas, Eileen Thomas (Reedy/deceased), Judith Thomas (Simms), and in that same community the children attended the D.C. public schools.

After completing high school Ernest continued to work at the National Theatre, a job he acquired while attending high school. Later, he worked for the National Institute of Health (NIH) and spent several years there before being drafted into the US Army in 1962 (Military Police).  Returning from the service, he went back to his previous position. There, Ernest (“Ernie”) met and fell in love with pretty blonde nurse, Barbara Jane Boyd and they were married on June 30, 1966. Hoping for a better life, Ernie and Barbara moved to Massachusetts and began their lives together in Boston. Then into their lives came Joseph Michael Thomas, and they were a multitude!

He worked for the Veteran’s Hospital Administration while attending college, graduating  from the University of Massachusetts with dual undergraduate majors in Education & Psychology, and later receiving a Masters Degree from Simmons College in Special Education, together with K-12 Certification. Thus he served with distinction for 15 years with the Boston Public Schools as a Teacher & President of the Union Pre-Paid Legal Plan. During those years the family lived in Brighten, Cambridge, Watertown, and Bellingham. After 15 years in Boston public education of the 1970’s, Ernie  felt “a change” was needed, and “happened” into the Office of the Bureau of Alcohol, Tobacco and Firearms (ATF) where, because of his impeccable qualifications and impressive resume, he was immediately hired. He spent his second career with the Bureau of Alcohol Tobacco and Firearms as a celebrated Trainer and Human Resources Development Leader. With ATF he was critically engaged in the effort to establish the National Technical and Assistance ATF Training Team. His areas of focus were career development, train-the-trainer designs, innovative ATF Courses and Curriculum, and management of the Gang Resistance Education/Training (GREAT) Program. His award winning final years with ATF found him also developing and administering outreach programs which were intended to develop high school career – focused academies. In 2001, Ernie Thomas retired from ATF after 30 years of distinguished professional service.

Barbara and Ernie moved to Inverness, Florida for retirement in 2002.  They spent almost 40 beautiful years together, until her death in 2004. During retirement in Florida, Ernie worked for 15 years as a volunteer with the State of Florida Judicial System as a Guardian Ad Litem, with direct involvement in child abuse and neglect cases. He served as President of the Afro-Americans Club of Citrus County as well as Scholarship Chairperson, Chair of the Forest Ridge Elementary School’s Advisory Council, and Member of the Citrus County Leadership Council for Big Brothers and Big Sisters. On all accounts, he received numerous awards and recognition.

Ernie was a staunch member of the Gulf to Lake Baptist Church in Crystal River, Florida for many years and acted as a greeter for services.  In recent years, he has regularly attended Seven Rivers Presbyterian Church in Lecanto, Florida. Being the music lover that he was, he often participated in special choir productions at Seven Rivers, which he enjoyed immensely.

To order memorial trees or send flowers to the family in memory of Ernest Thomas, please visit our flower store.