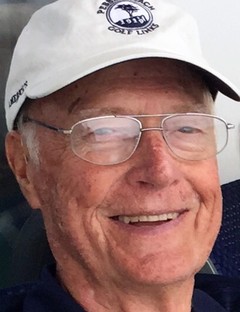 Edward W. Colbourn, 84 of Hernando, FL died on March 13, 2017 at Ocala Regional Medical Center, Ocala, FL. Ed was born on June 30, 1932 in Baltimore, MD, the son of Hobson and Margaret Frazier Colbourn. Ed graduated from Loyola College in Baltimore, Maryland in 1954 then received his law degree from the University of Maryland in 1961. Ed spent his career in sales management for Moore Business Forms. He retired as a Lt. Commander in the U.S. Navy, having proudly served in active duty and the reserves for 22 years. He was a member of the Skyview Social Club and S.C.O.R.E.

Ed was a member of St. Scholastica Catholic Church.

To order memorial trees or send flowers to the family in memory of Edward Colbourn, please visit our flower store.