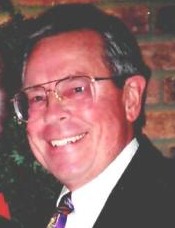 Mr. Edward C. Burfeindt, 79, of Beverly Hills, FL passed into the arms of his loving Savior on Friday, March 15, 2019 at home surrounded by his family.  He was born on June 22, 1939 in Floral Park, New York, son of the late Magnus and Gesine Burfeindt.

Edward was a US Army veteran serving from 1961 to 1963.  He began his accounting career working for Arthur Young Accounting Firm after college. He then worked for De Coppet & Doremus before becoming the Comptroller for the City of Glen Cove.  Ed retired from the Finance Dept. in Nassau County.  He was the consummate professional in his many years career as a Certified Public Accountant.  His attention to detail and personal touch led to long-lasting relationships with clients. He and his wife, Janet, retired to Beverly Hills, FL from Glen Cove, NY in 2002.

Ed’s real and abiding passions were his family and friends.  He brought countless smiles to so many faces with his quick wit, humor and fun loving conversations.  It is apparent through the outpouring of love and heartfelt reflection following his passing, that Ed impacted and touched many lives, from Glen Cove, NY to Beverly Hills, FL, and beyond.

He left an indelible mark on his sons, Ed and Craig, both as a loving father and a role model.  Growing up, one of the precious compliments they would receive from people was always how polite and gentlemanly they were.  Well, this is not only a testament to both parents, but was, and continues to be, a reflection of how Ed loved, respected and cherished his family, especially his wife of 53 years, Janet.

Ed’s love of sports was unparalleled.  He excelled in soccer and baseball, both on the high school and collegiate levels.  Coincidentally, Hofstra University, Ed’s alma mater, recently announced it’s 2019 Hall of Fame Class.  One of the honorees is the 1960 Baseball Team.  Ed was a talented and integral member of this distinguished team.  Ed would later be invited for a tryout with Major League Baseball’s Minnesota Twins, only to selflessly choose a more stable life for himself, Janet, and their future family.  He not only taught his sons the skills necessary to become successful athletes themselves, but shared valuable life lessons, learned through sports, such as discipline, hard work and sportsmanship.

Ed would develop a passion for golf later in life.  He wore his competitiveness on his sleeve and the flaws in his game were outshined by both his style and ability to overcome anger with timely humor.  His sons, Ed and Craig will never forget times spent with their dad on the golf course.

The family requests that remembrances be made to Good Shepherd Lutheran Church or Vitas Hospice in Lecanto.

To order memorial trees or send flowers to the family in memory of Edward Burfeindt, please visit our flower store.