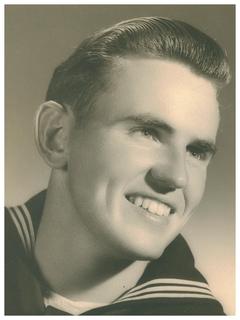 Donald Waldo Blackburn , age 82, of Inverness, FL died May 4, 2017 at Ocala Regional Medical Center in Ocala FL. Donald was born May 16, 1934 in Cranston, Rhode Island the son of Ralph and Emma Blackburn. Don was a US Navy veteran serving aboard the USS Boxer during the Korean War. He graduated from University of Miami where he was a member of the swim team. He worked for Phillips Petroleum and Ryder Systems.     He was an architectural engineer and enjoyed painting with water colors and model building. After moving to Inverness, FL he worked for McKean & Assoc. and Marion County Public Schools. Don coached baseball and soccer teams and was proud of his record collection. He enjoyed golf and most of all his family.

Don was a member of Our lady of Fatima Catholic Church where he volunteered at Helping Hands.

To order memorial trees or send flowers to the family in memory of Donald Blackburn, please visit our flower store.