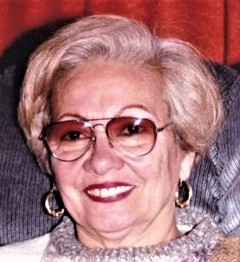 Dolores Virgina Hernandez, 92, of Lecanto, FL passed away on October 21, 2017.  Dolores was born on April 3, 1925 in Quebradillas, Puerto Rico, daughter of Jose and Maria Hernandez. Dolores moved from Puerto Rico to New York City in 1952, where is worked as a forewoman, in the textile industry for over 20 years.  She moved again to Florida from New York in June 2001.  She was both a devoted Mother and Father to her 3 Children whom she raised alone.

To order memorial trees or send flowers to the family in memory of Dolores Hernandez, please visit our flower store.