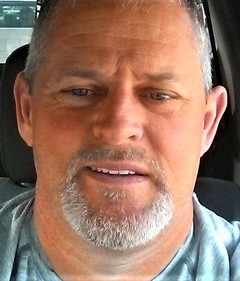 Derek Leonard VanTassell, 46, went home to the Lord suddenly on Feb 23rd 2018. Derek was born on Sept 3, 1971 in Hartford CT and later moved to Agawam MA. He was a graduated from Agawam High School in 1989 and moved to Beverly Hills, FL with his family.  He enlisted and proudly served our country in the United States Coast Guard during the Gulf conflict and served at Guantanamo Bay.  He returned home to Beverly Hills and worked in the family business and his own businesses for many years. He was a past member of Citrus Sertoma, founded the Hospice Horse Show with his family, and most recently volunteered for 50 Legs, Tampa Fl. He was an avid sportsman loving hunting, fishing, mud bogging, ATV racing and skiing.  Two years ago Derek moved to Treasure Island, FL with his parents and became a beloved friend to everyone he met in his new home.

Derek will be laid to rest at Florida National Cemetery in Bushnell at a later date.  In lieu of flowers, memorial contributions may be given to 50legs.org or American Diabetes Association. Heinz Funeral Home & Cremation, Inverness, FL.  heinzfh.com

To order memorial trees or send flowers to the family in memory of Derek VanTassell, please visit our flower store.