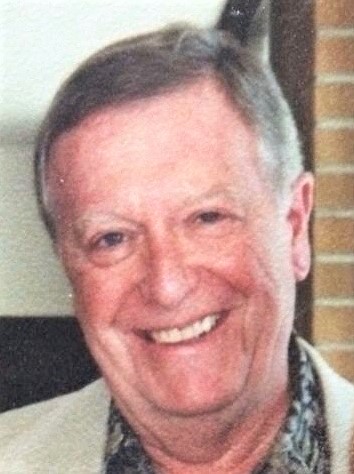 Mr. McManus moved to Citrus County from Plymouth, MI in 2001. He was a member of the Citrus Hills Golf and Country Club.  Throughout his life he enjoyed camping, fishing, boating, golfing, and playing the piano.  He would often be seen playing Elton John music while his daughters sat next to him singing along.

Survivors include his wife, Carolyn McManus; a son, John McManus and his wife Tonya of Howell, MI; two daughters, Karen LaFrance and her husband Kenneth of Tampa, FL and Alison Schellie and her husband Michael of Williamston, MI; a brother, Bruce McManus of Media, PA; as well as seven grandchildren, Joshua, Lauren, Ashley, Brianna, Ethan, Anthony and Elizabeth.

Denis spent nearly 45 years in the insurance industry where, along with his partners Kirkland Kohn and Richard Raisin of Plymouth, MI, built C.L. Finlan & Son into one of the largest independent insurance agencies in Michigan.  Denis retired in 2001 as the company’s president.

In his personal life Denis was a devoted husband, father, and grandfather; a man who would do anything to help his family and friends. He was never far from his beloved wife whom he adored and often said, if he died tomorrow, he would have been the happiest person on Earth.  His affection also extended to his canine family members and toward the end even as he had trouble remembering important people and events, a visit from one of his grand-doggies always made him happy.

To order memorial trees or send flowers to the family in memory of Denis McManus, please visit our flower store.