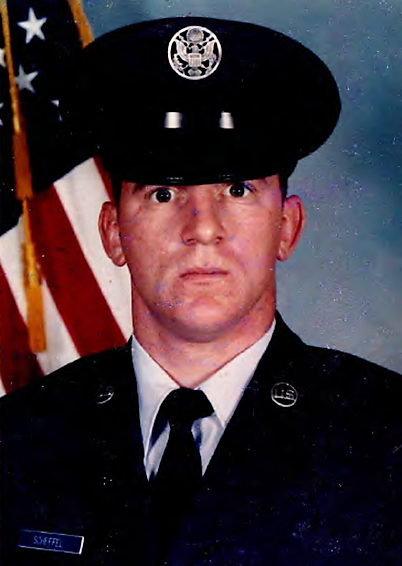 Between the months of July and August 2022, Daniel Ray Scheffel of Crystal River, Florida passed away at the age of 58.

Daniel was born to Frederick Scheffel and June Rae Blankenship in 1964. He was the brother of Frederick, David, Kenny, and Doreen Scheffel. As a young child, Daniel was the typical American boy. He loved all things baseball and was a huge Baltimore Orioles fan. He knew every single player’s name, their position, and how many home runs they each had. When Daniel was around 8 years old, something tragic happened to him that would change the way he walked forever. He was playing touch football with his brothers when one of them tagged him so bad it had ended up fracturing his hip. He was put in traction for months in the hospital due to this. He eventually recovered but would not be able to run or walk the same way ever again.  In 1982, he ended up graduating from Howard High School, Ellicott City, Md.

Eventually in 1986, he enlisted into the U.S. Airforce where he would serve for 9 years and 7 months. Daniel graduated as an honor graduate from the automatic tracking radar course at Keesler Air Force Base, Miss. It was a 15-week course where he learned the operation and maintenance of automatic tracking radar equipment. After graduation, he had two primary specialties that he worked as. The first of which was an Auto Tracking Radar Journeyman which he had done for 6 years and 6 months. This specialty required him to train B52 bombers while troubleshooting automatic tracking radar systems. The second was an Air Traffic Control Radar Journeyman which he had done for 3 years and 1 month. With this specialty, it is assumed he repaired, maintained, troubleshooted, and installed air traffic control radar equipment. His final pay grade and rank was an E5 Staff Sergeant. The decorations, medals, badges, and campaign ribbons he was awarded for include:

In the Summer of 1988, Daniel met his first wife Shelley Walker while training in Caldwell, Idaho. They would marry just a few months later in October of 1988 in Las Vegas, Nevada. In 1989, they had his one and only child named Jeffrey Scheffel. As a family and still serving in the Air Force, they would be transferred around to various cities such as Lajunta, Colorado, Bossier City, Louisiana, and Las Vegas Nevada. In July of 1996 he was honorably discharged from the U.S. Airforce.

After his divorce from Shelley in 1997, he would work various jobs and attend classes for a couple years at his local university where he was able to ace difficult subjects such as Calculus. Daniel realized school wasn’t for him though and instead made plans to move to Kansas City, Missouri where he would work as a Network Manager for AT&T.

In the year of 1999, he met his second wife Annie Howell on an online Christian forum and helped her out through an abusive situation. They eventually met in person in Australia in the year of 2000. Later on, Annie decided to move to Kansas City, Missouri with her three boys in April 2001 to be with him and eventually get married on June 15, 2001. Following their marriage, he worked hard to help them settle into life in a different country. When Jeffrey also came to live in the family home it was a lively and busy household.

Eventually, Annie’s boys were not able to get accustomed to living in America and had to go back to Australia, and because Daniel and Annie were not able to find a good parenting solution, they had no choice but to divorce in the year of 2012.

Following their divorce, Daniel remained in Kansas City, Missouri working the same job he had up until 2019 when he was finally able to retire.

After he retired, he sold his home and set off to Crystal River, Florida where he would live out his final days.

Daniel had a deep passion for sailing, scuba-diving, and anything else ocean related. His dream was to sail the entire Pacific Ocean which he unfortunately never got to do, but did end up getting to sail some of it. He especially loved watching the Baltimore Orioles and Los Angeles Charger games with his son Jeffrey. He was also an avid Axis & Allies player and a great one at that. He was also a fully devoted follower of Christ.

Daniel was survived by his son Jeffrey along with his brothers David, Fred, Kenny, and sister Doreen.

The Bible says, "We have this hope as an anchor for the soul, firm and secure. It enters the inner sanctuary behind the curtain" (Hebrews 6:19).

To order memorial trees or send flowers to the family in memory of Daniel Scheffel, please visit our flower store.