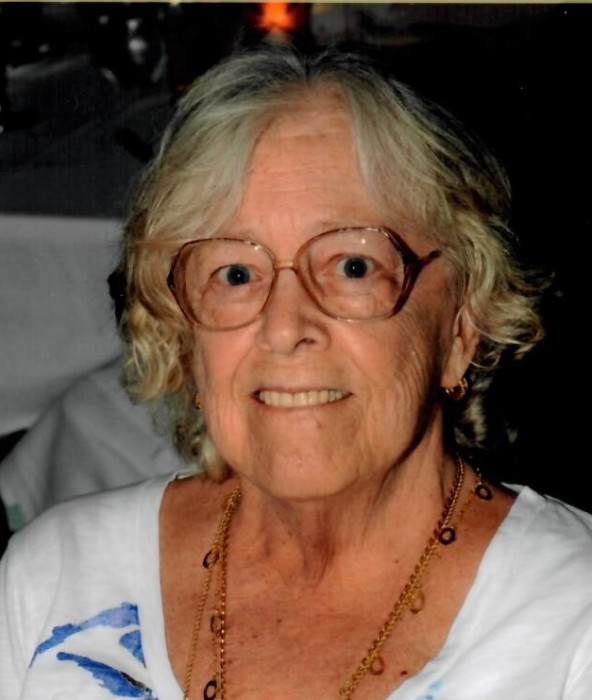 Cyntha Jean Resare was born on June 18, 1940 to Stephen Morris Archer and Doris Jeannette Burt Archer.  She was born in Washington, D.C. which she claimed as her home town for the rest of her life, even to being a Redskins fan.  Her father was an Annapolis USNA grad (1932) and career naval officer. He fought and was away from home in both WW II and the Korean War where he was awarded the Silver Star. Her mother was a social worker – although as a young person she was a dancer and pianist.  Cyntha had two older brothers, Stephen Jr. and George.  George predeceased her by drowning in 1943.  Being a navy junior, Cyntha attended 16 schools before she graduated from high school.  Most of these were in California, Ohio, South Carolina, Washington, D.C. and Athens, Greece.  Her last two years were in Greece because her father was the US Naval Attache to Greece.  She spoke Greek, French, enough Swedish to be polite, and enough German to get directions and order food.  She loved Greece, Greek food, the Greek people and the fantastic Greek culture. Cyntha graduated from high school at age 16 and went to undergraduate school at Mills College, a women’s college in Oakland, California where she majored in European history and government, graduating in 1961.  While at Mills, when she was 17, she met the love of her life, Ronald A. Resare, and, although they were engaged from 1958 to 1960, they didn’t marry until 1986.

Cyntha had three sons: Peter M. Poage (wife Kathryn Poage, children Mia and Ryan); Christopher Columbus Poage II (wife Virginia Poage, children Madeline (Maddie), Alex, and Nicholas); and William Matthew (Matt) Poage (wife Priscilla and sons William (Finnigan) and Andrew).  She also had two stepsons:  Nils Resare (wife Maree and sons Duncan and Aleksandr); and David Resare (wife Kim and sons Will and Malcolm). She was devoted to all five of her boys and proud of their many accomplishments, families and loving hearts.  She is also survived by many cousins, nieces and nephews.

After being a social worker in Alameda County, California for a couple of years, Cyntha attended law school at American University, Washington College of Law as a single mom.  She graduated in May of 1966 and passed the Bar exam in Maryland on the first take.  She was Law Review and in the top 10% of her class.  This was the foundation for 35 years of practicing law in Virginia, Washington, D.C., Maryland, and Rhode Island.  Her true love was her avocation of teaching at the college level.  She taught at Regina University and Rhode Island College in Rhode Island, and Webster University in Florida.  As a history buff, she often embellished her lessons with appropriate vignettes as examples of how the past is still applicable.  At various times she practiced with the U.S. Government at the Defense Fuels, Office of the General Counsel for the Navy, and the Department of Justice, as well as private practice.

Traveling with her beloved husband of over 33 years, Ronald A. Resare, a retired naval officer and physicist, was her great joy and happiness.  She also was ecstatic when any of the boys would come to visit with their children, the more at one time the better.

She was a member of Rotary Club of Inverness, Florida following being a member in Bristol, Rhode Island and Portsmouth, Rhode Island.  She was an active member of St. Margaret’s Episcopal Church, where she was a communicant.

Instead of flowers, the family would appreciate contributions to Rotary International Foundation through the Inverness Club in her memory.  She loved having exchange students and exchange foreign rotary prospective members from all over the world.  Have to say the five special ones were Anders from Sweden, Kate from New Zealand, Abraham from Spain, Gustav from Sweden and Fernando from Paraguay.  Love to all of you who visited and made life so interesting and great fun.

A Memorial Service will be held at 11:00 AM, Friday, July 5, 2019 at St. Margaret’s Episcopal Church in Inverness.  Interment will follow at Florida National Cemetery in Bushnell, FL. Heinz Funeral Home & Cremation, Inverness, FL.

To order memorial trees or send flowers to the family in memory of Cyntha Resare, please visit our flower store.