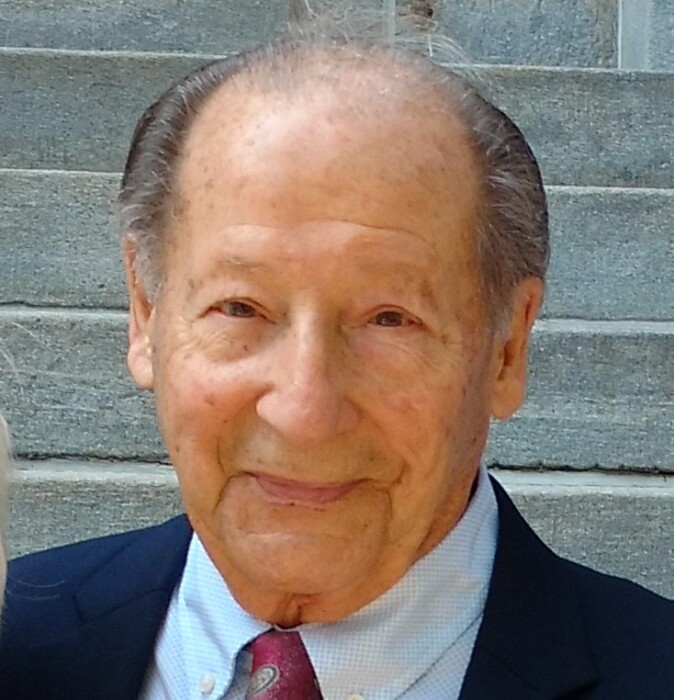 Conrad was born in St. Leonard, New Brunswick, Canada, and loved being French.  No occasion was too unimportant for standing and singing the Canadian National Anthem.  Playing the game of hockey into his 60s, and watching the game were his passions.

In 1951 Conrad became a U.S. citizen and proudly served in the U.S. Air Force during the Korean War.  He was Honorably Discharged in 1954.

He moved to Hartford, CT, as did many from Maine and Canada during that era, and he married Rita (Gagnon) Soucie with whom he raised her three children and added two more.  They lived in Newington, CT for over 30 years.

Conrad was known to many as “The Wonder Bread Man”, having worked for the various companies which owned Wonder Bread and Hostess for nearly 40 years.  His work ethic was unmatchable and frequently put in 12-14 hour days, six days per week.

His reward for working hard was golf on Sunday but, being a devout Catholic, not before first attending church.  The parishes he attended in Connecticut included St. Ann’s in Hartford, and St. Mary’s and Holy Spirit in Newington, and Our Lady of Fatima in Inverness, FL.

When Conrad wasn’t working or playing hockey or golf, you might find him at the bowling alley, or entertaining guests and playing cards, snow blowing the neighbors’ driveways, or out dancing with his wife Rita.  Together they moved to Inverness, Florida upon Conrad’s retirement.  They were married 46 years and happy to live in a place with no snow.

In 2010, through the game of golf, Conrad became friends with Dorothy “Jean” Jackson, with whom he has shared his love and a home for 11 years.  Jean was faithfully at his side at his passing.  Conrad’s family owes her a debt of gratitude for her loyalty to him and the care she provided during the final and difficult year of his life.  They would also like to thank the aides from Shaw Senior Home Care Service who made it possible for Conrad to remain at home during his illness.

He is survived by his brother (Ulric Soucy and Bev Keating of Montreal, Canada), sister (Claudette and Bud Bailey of Boulder City, NV), children (Neil Cyr and Diana Charest of Bristol, CT; Eileen Cyr and Ron Goski of Southington, CT; Debbie and Carl Campbell of Ellington, CT; Claudette and Bud Sanders of Beaumont, CA; and Celine and Mark Fleming of Newington, CT).  Conrad has been blessed with grandchildren Elyse (and Rich) Manning of Colchester, CT; Jenny (and Andrzej) Kowalski of East Hampton, CT; Shannon Fleming (and Stephen Czarnota) of North Reading, MA; and Zoe and Phoebe Sanders of Beaumont, CA.  He also leaves one great-grandchild, Emilia Kowalski, and another one on the way.

Services for Conrad will include a viewing on Friday, March 26th from 9:00-10:30am at Newington Memorial Funeral Home, 20 Bonair Avenue, Newington, CT, followed by a Mass of Christian Burial at 11:00am at Holy Spirit Church, 183 Church St., Newington, CT, and burial at West Meadow Cemetery, 679 Willard Ave., Newington, CT.

To order memorial trees or send flowers to the family in memory of Conrad Soucie, please visit our flower store.