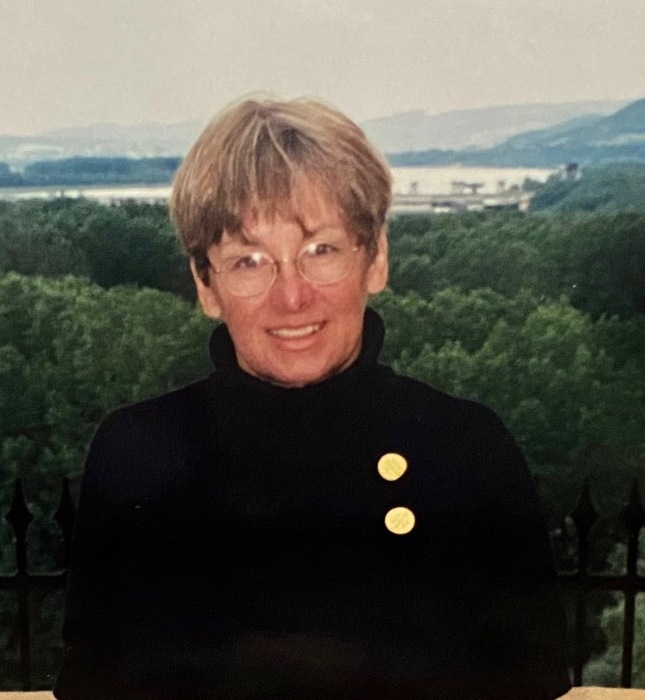 Beverly O’Connell Chamberlain, 73, passed away peacefully at home in Dunnellon, FL on March 4, 2021 with her devoted husband, James (Jim) by her side.

Born in Hartford, CT on October 25, 1947 to the late Jeremiah and Beatrice (Roy) O’Connell, Bev was raised in Pittsfield, MA and went on to attend and graduate from University of Massachusetts. She spent her entire career as a systems programmer for Cigna, which is where she met Jim. They married on June 25, 1983 in Barkhamsted, CT and lived there for many years. They subsequently moved to Avon, CT and then to Dunnellon, Florida. Through the years, they enjoyed traveling, golfing and spending time with friends and family.

Anyone who knew Bev would agree that she was humble, intelligent, and always gave freely of herself without ever expecting anything in return. Recognized as a talented golfer in both CT and FL, Bev was also a voracious reader and an avid crossword puzzle enthusiast. Resourceful and a wealth of knowledge, she was the person to turn to if you needed help or information on any subject.

Jim wishes to recognize and thank his daughter, Lori for her selfless devotion to caring for Bev through the years and most especially in her last months. He also thanks his daughter, Meredith for her unwavering support and love, Bev’s brother, Rob and sister-in-law, Marlyn for their support, Bev’s caregivers, Cathy and Gloria, and especially longtime caregiver, Lorna, as well as the many medical professionals who have touched their lives with their expertise and compassion.

A private Celebration of Life will be held in late summer or early fall when it is safe to do so. In honor of Bev’s life, donations may be made in her name to the American Cancer Society.

To order memorial trees or send flowers to the family in memory of Beverly Chamberlain, please visit our flower store.